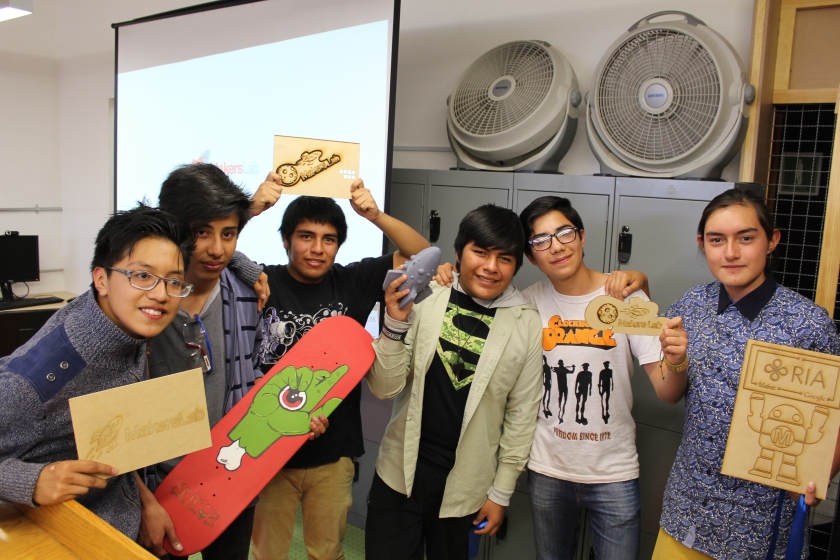 I’m not entirely sure, but I think I may have been on Mexican national television last week.

On my second day as a Field Evaluator, little did I think I would be giving a speech on behalf of Global Giving UK at a much anticipated launch event.

But there we were, jet lagged and barely recovered from our ludicrous journey, standing alongside a representative from Nokia at the official opening of the Makers Lab, cameras winking expectantly at us from around the room.

The lab is a new space in a low income community just outside of Mexico City, designed for young people to innovate and create with the latest cutting-edge inventions. When we arrive, we’re given a key-ring made with a laser cutter, a small plastic rocket fresh from the 3D printer and shown a musical instrument made from floppy discs, which dutifully plays us the Star Wars theme tune. 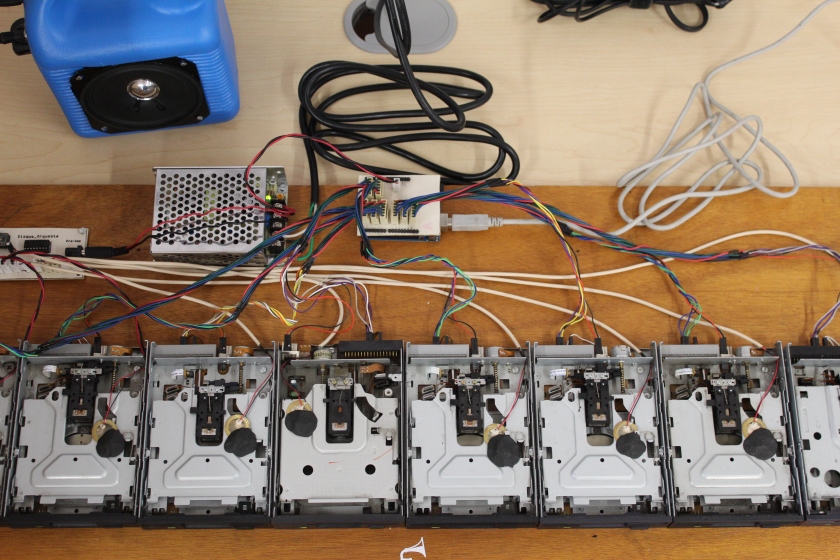 The machines are exhibited with relish by a grinning band of teenagers, each technical aspect explained in rapid Spanish. Their enthusiasm is infectious, and I find myself smiling at what really is an amazing new opportunity for this group of teens, and many more like them in the local area.

The lab is the newest innovation of Fundación Proacceso, the first NGO on mine and Elliott’s list, where we’ll be carrying out an evaluation for the rest of the week. Over its eight years, the organisation has built 120 community learning centres in and around the State of Mexico, their aim to use technology to bring education to disadvantaged communities.

When they began their work, 73% of Mexicans did not have access to the Internet or even a computer, meaning a huge disadvantage for the majority of the population. Founder Aleph explains the problem far better than I ever could in this TED talk:

Courses in the centers range from homework support for kids to English classes to introductions to adults on the fundamentals of how to use a computer.

But the organisation is now moving its focus towards developing more advanced technological skills: app building, coding and the use of machines such as those in the Makers Lab.

‘I think these are the most useful skills we can give to young people in today’s job market’ Head of Education at the organisation, Paty, tells us.

The funds needed to create this next, and I imagine extremely expensive step in the foundation’s work, came about when Global Giving UK put Nokia in touch with the project, after they were looking to support organisations making an impact through technology. Their donation turned the ambitious idea of a Makers Lab into a reality.

Global Giving UK’s part in these proceedings is the reason Elliott and I gave a short acknowledgement speech, stilted by the frequent interruptions of our translators.

I don’t know what it is, but when I get up in front of a room of people, however much my brain convinces me I’m in control of the situation, physical dysfunctions come bumbling in to try and sabotage the whole. I’m much more suited to comment from behind the safety of a pen or a keyboard. But after the trauma of this experience had dissipated and I was called forward to help cut the ribbon to officially open the space, I smiled at the fortune of being invited to such an event.

Global Giving is all about connecting people together, and through these connections make even more positive change possible around the world. If we can help any of the organisations we visit gain a better understanding of this network and reap the benefits of the platform, I’ll be over the moon. Hopefully the alliance with Nokia is just the beginning of many more great partnerships for Fundación Proacceso and the thousands of people it inspires through technology.

Perhaps it could even mark the beginning of my new career as a speech maker… Or perhaps not.