I find myself repeatedly in the City Lights book store during my time in San Francisco, stumbling upon it in my walking, sometimes consciously, sometimes not. I stop to run my fingers over the spines of the many works of my admiration, of Frank O’Hara, of Bukowski, of Jack Kerouac. I while away hours between those shelves, losing myself to its history, its words, its poetry. And every minute I spend there cements an ambition which has been forming itself in my mind ever since I began travelling: to become a nomadic writer.

The inspiration for this idea and the person who woke me up to the real possibility of this kind of lifestyle, happens to be who I’m staying with in Berkeley. We first met in Junax in San Cristobal, the wonderful volunteering mecca I have frequently exulted about, and as he made his way back up to Canada and home, our paths happened to cross again in California.

His life for the past decade has been split between working and saving back home in Toronto and travelling the world, living frugally and spending most days writing. When we first met, he was camping on the roof of the hostel to save money. The part of my brain still programmed into the career-focused mentality thrust upon me by school and almost all senior role models shakes its head in awe at this anarchic existence.

We walk under a tree during one of our many walks around the city, its branches dense and impenetrable. He looks up into its undergrowth and wonders aloud if he could get away with sleeping there. He goes on to say it’s almost a shame he has money at the moment – because not having any forces you into more interesting situations, like sleeping in the trees of San Francisco’s most expensive district.

We spend my remaining days in the bay area between various Berkeley cafes, writing together companionably, and disturbed only by the furious typing of the deadline-pressed students surrounding us. With his encouragement, I let myself act out the kind of routine I’ve dreamed about for years whilst work and London drained me of the energy to take any serious steps towards it.

The life of a full-time writer may not be financially sustainable in itself, at least not until you’ve had some considerable success. But having a split life between the career I have already built up and working on my writing in some distant, cheaper part of the world, could actually be possible. Well, my Canadian friend believes it can be anyway. 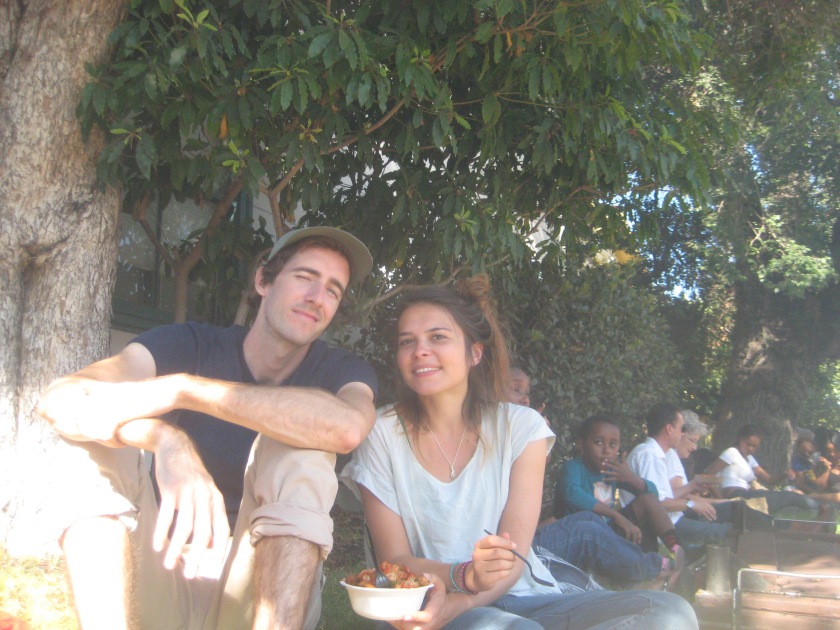