The children in Chiapas seem a lot older than normal children. They already have the weary weight of responsibility in their eyes. From as young as three they wander the streets of San Cristóbal till the early hours, selling bracelets and flowers and any number of miscellaneous objects.

One girl heads straight for me in the wine bar where I sit with the evidence of privilege spread around me; my digital appliances charging on the table, my Harris Tweed wallet, my resounding European laugh. She must be about six years old. She can smell my oestrogen levels from the other end of the street and uses just one calculated expression to send me into broody fits of moisten-eyed sympathy.

It’s very difficult to resist as she lines up her selection of little clay animals on the table, and I do buy the tortoise first presented to me. I even exclaim childishly, “dos tortugas!” pointing out the second small tortoise on the back of the first. But she stares blankly back, unwilling or unable to engage in my game. She watches me fumble for the coin and leaves the bar.

The only flash of natural playfulness I see among these children is a few nights later where a mob of them abandon their merchandise to watch and eventually participate in my table football game. 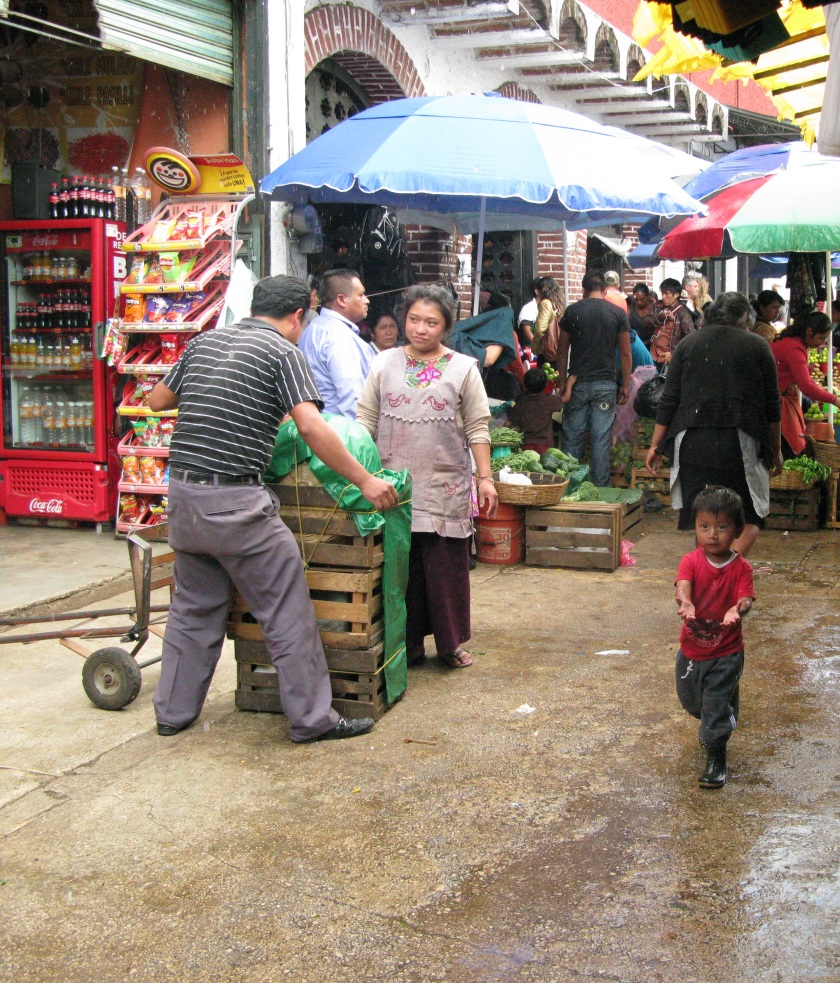 Our latest project, Melel Xojobal, works in San Cristóbal de Las Casas with children and youths to ensure they are not socially excluded, help them understand their basic human rights and strengthen personal dignity. They teach classes on nutrition, self-esteem, and well-being – as well as those to support school work, including Spanish grammar, one class of which Elliott and I attended.

The majority of the children Melel work with are from the indigenous populations that moved into the urban area in the 80s and 90s after being displaced by religious and political violence. These populations are at a huge disadvantage, many without birth certificates and therefore the access to many public services. In 2010, 24% of children in San Cristobal aged 3 – 18 did not attend school. 61% of the entire population had no formal access to health services and 68% of under 18s had no running water in their homes.

Susana Donaire Torres, our host at Melel and head of fundraising there, spoke to us about the problem they face with donors when explaining the mission of their organisation. They do not work to eradicate child labour. They help children whose only option is to work deal with the situation at hand. Some supporters find this nuance difficult to understand.

When I asked the director whether she thought the work of Melel had helped the disadvantaged populations in the area over the past eighteen years, she said probably not in terms of the eyes of the law. But what they have been successful at doing is helping these children understand their rights, and to be able to fight for them. They organise child-led protests in town and do a lot of advocacy work, letting children front press conferences and be the leading voices in the movement.

Of course I want to take those animals from that little girl’s hands and tell her she doesn’t need to sell them and that we can just build a gigantic zoo in the bar and the tortoises and the lions can be friends. But unfortunately, that’s just not a practical solution.

Perhaps one day the children of San Cristóbal won’t need to roam the streets enticing tourists with their trinkets. But Melel Xojobal is giving them the tools not only to deal with this current unchangeable reality, but to spend their lives fighting for a better future for generations to come.

To find out more about Melel Xojobal and to support them, take a look here at their projects on Global Giving.