After spending time in Central America, flying to the US was a bit of a shock to the system – for many reasons, but particularly when it came to money. Miami and even Haiti – which is extremely expensive for tourists despite what you may think – put quite a strain on my budget, and as I landed in California and handed over that first crippling taxi fare, I knew this trend would only continue.

Therefore I decided to make a compromise, enabling my indulgent tangent over to California only on the condition that I would do my best to economise. To this end, it was time to try out something new: couchsurfing. Okay, not entirely new, I’d deliberately tested out the site before I left, acting host myself on the network from my flat in London. But this was the first time I’d be using the site from a traveller’s perspective.

I’d initially planned to do this in Miami as well, but an unfortunate experience meant I abandoned the idea and opted for our pricey party hostel instead. Here’s what happened: I’d put up a public trip on the site – meaning you post that you’re in the area and need somewhere to stay. I tried to make mine colourful and humorous, asking the Miami couchsurfing community to help save the world by being a welcome stopover relief for two exhausted volunteers. I made an accidental omission in this post, however – the gender of my companion – something which was more important than I realised. I’d had a lot of offers – clearly Florida’s full of altruistic people – and I’d accepted one of them, who seemed friendly and genuine, but as the day of my visit approached, things took a sour turn.

After I’d gone into more detail about Elliott – mainly mentioning his gender – my prospective host changed his entire manner, from welcoming me and anticipating my visit to turning cold, retracting his offer and stating ‘we never host males, we’ve had terrible experiences in the past.’ I sent back an angry message and gave him a negative review for this gender bias, telling him that women were equally capable of being terrible people. And even though I know it was just one person, this exchange left me feeling slightly disconcerted about what I once thought was a great network. 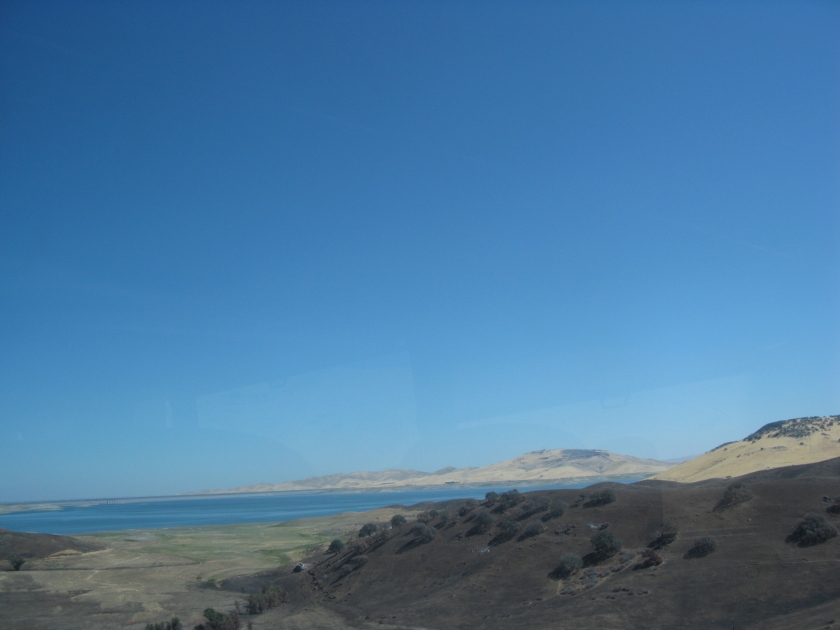 You can imagine my trepidation then on that Friday as I sat on the beautiful eight-hour bus journey up to San Francisco awaiting my first official night as a couchsurfer. This was only compounded by the fact that I had some doubts about my host. He seemed friendly enough and had some great reviews on the site, but there were also a few neutral ones on there. One said the house was dirty. One that I wouldn’t actually be staying with him. The other that he was a bit too ‘touchy-feely.’

The day before, I’d had a really bad feeling about this and even looked for an alternative hostel, but by that time everything was booked up. I told myself I was overreacting and decided to go through with the whole thing. I didn’t want to offend the guy, plus it was only for two nights. What could happen?

As I wait in the Starbucks in the centre of town, inhabited mainly by the eccentric and unignorably destitute bums of the city, I’m visibly nervous. I pace the floor surrounding the table where my bags wait, checking my phone repeatedly and trying to calm myself by taking occasional sips from my chai. Twice I visit the bathroom, not an easy task with your entire suitcase – one of the drawbacks of travelling alone. Mainly I listen in to the conversation of my very vocal baristas, enjoying my ability to understand them.

Finally, my host arrives, and trepidation grips again. He looks nothing like his profile picture on couchsurfing and he’s definitely not 26 – more like in his late thirties. I wonder at the motive of this lie as he introduces himself and we walk to his car. The car’s interior is kitted out in leopard print, and he asks me if I like to party. Ignoring my slightly bewildered expression and my strong hints that I’m pretty tired, he drives me into the mission – a trendy area of San Francisco with many hipster bars and restaurants.

At his insistence he orders me a Long Island Iced Tea and a single rum and coke for himself. We sit at the bar and talk for a long time, several more cocktails being bought for me of seemingly increasing strength. He seems sweet enough and we talk about all manner of different things, discovering a mutual love of music. I go to the toilet at one point and learn on leaving my chair that I’m already more drunk than I expected. One of the many drawbacks of spending this trip on malaria pills is they turn me into a complete lightweight and mean even a few small drinks can lead to a night of high personal embarrassment – something I discovered to my detriment in Miami. I look myself in the face in the mirror, drink some water from the tap and shake my head slightly – this is far from sensible.

We leave the bar and drive some way, parking at the side of the road where my host pulls out a bottle of some kind of spirit and starts taking swigs of it, but I politely decline when he offers it to me, not wanting to further add to my condition. I feel the powerful lethargy of heavy drinking at this point and ask if we can go home. But he declines, saying he needs to sober up before he can drive again.

We then walk to a beautiful Colosseum type building surrounded by water I later discover is the Palace of Fine Arts Theatre. At several points he tries to get close to me, and at several others insists on putting his hands on my shoulders and arms, but I shrug all of it off firmly. We return to the car and he brings out his guitar, which he has a definite skill with, and we make our way through many popular songs, some at my request before he declares me and my drunken rasp a singing sensation.

On finally returning to the house at what must be 3am, he confirms what I’d already learned from the reviews – that I would be staying with his friend, not in his house. This friend turns out to be an older woman with two small dogs who speaks no English and looks at me rather disdainfully as I put my bags into my new room. She and my host speak in a rapid language which sounds like Thai before he leaves and, bewildered and drunk, I fall on to the bed fully clothed.

I wake up disconcerted, my memory of the previous evening not entirely straight, confused at how I’d been quite so drunk considering I didn’t have all that many cocktails, despite the malaria pills. And as the day progresses, my hangover is so nauseating I start to suspect it may have been compounded by some other substance, introduced into my system without my knowledge.

My host does his best that day to show me some highlights of San Francisco, and I feel bad for my suspicions as he drives me to many different areas of the town, such as Pier 39, the Castro district – including Harvey Milk’s photography shop – and even Twin Peaks that evening – it really is a wonderful city. He’s given up his whole weekend to hang around with me, he’s let me stay in his friend’s house for free – I should be grateful. But yet, all the time the memories of the night before resurface, his unexplainable behaviour, the strange quality of my hangover and I can’t help seeing a sinister motive in all of this.

I insist on returning home early that night, keen to be free from his company and the strangely curled unwashed fingernails of his guitar playing hands. But as I reach the house and the relative safety of my room, I find small muddy footprints on the sheets and a substantial yellow stain which can mean only one thing. The dogs have left another present near my bag. This one’s small and brown. Dry wretching, I take the sheets off the bed and sleep under my towel, waking frequently to listen for the sound of scratching dogs, my eyes wide. I leave early the next morning, much earlier than I need to, and I’m ecstatic as I practically run to catch a bus north of the city, grinning to myself for my escape.

So I survived my first couchsurfing experience – but it’s not exactly a memory I’ll cherish. I acknowledge now that I put myself in far too vulnerable a position, and I was lucky that nothing came of it.

But it did teach me a valuable lesson: the importance of following my instincts. As a solo female traveller, you can often find yourself facing difficult or even threatening situations. You’re as vulnerable as you ever will be and instincts are sometimes all you have to guide you.

If I have any doubts in the future, whether they’re about a couchsurfing host, a hostel or a mode of transport, I won’t hesitate before changing my plans – no matter the extra money it will cost. Because personal safety is simply the most important thing.

I don’t want to put anyone off using couchsurfing, but if you are travelling alone make sure you choose hosts carefully. Read every single review and take heed of any negative comments. Even then be on your guard – because sometimes people might feel too embarrassed to leave a truthful review. It might even be worth organising alternative accommodation just in case. Mainly, don’t be afraid to pack your bags in the middle of the night and head elsewhere if you feel uncomfortable. Whilst couchsurfing is a great idea for a network and there are many trustworthy and genuine people using it, as with anything, there are exceptions.