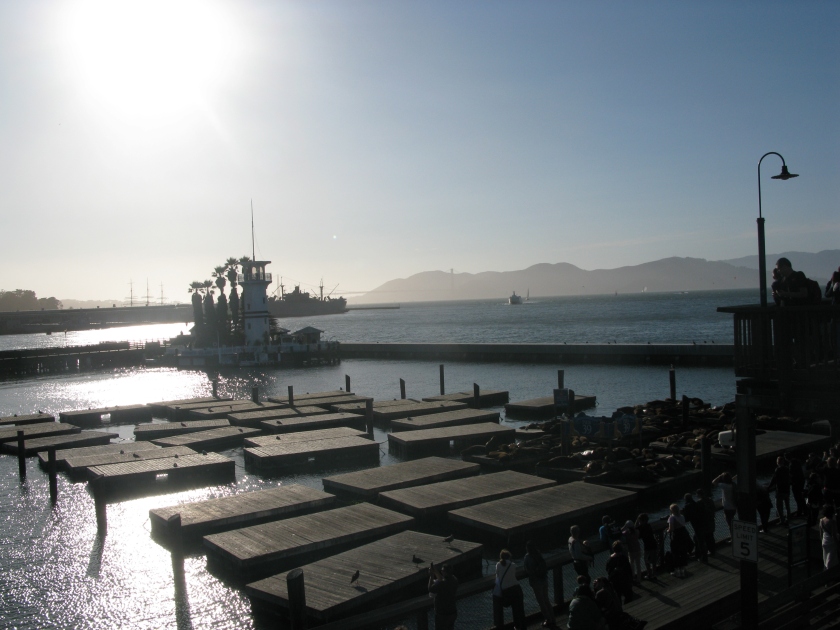 Despite an uncomfortable first few days, the rest of my stay in San Francisco – another blissful week – was a dream of sun and sightseeing and endless walks along the steep city streets. It was a love affair, each day bringing its new and irresistible seductions. Slowly but surely, as I had anticipated, I was falling in love with the city.

Haight Ashbury, with its second-hand vintage clothes and co-operative book stores, its quaint photogenic houses, its cafes stocked full of gluten-free cakes where soya milk is the default. The sea front with its piers and bars and chocolate shops, its inexplicable sea lion population and the view of Alcatraz spectacular on the horizon. The Golden Gate Bridge itself, an all-too familiar sight but no less awe-inspiring, seen from the city stretched out in the distance, when not obscured by the thick blankets of sudden fog, or from up close to be walked along, its construction and sheer size to be gazed upon and wondered at.

This is where I found myself that morning after escaping from my couchsurfer. I was on my way to Sonoma, a small town in the wine region about an hour north of the bay area, to visit the founder of a charity I’ll be working with in Peru as part of my capacity with Global Giving. I arrived for the bus about an hour early, but as the stop is right next to the bridge, and on a sudden whim I decided to walk across it. I must look a little comical wheeling my suitcase here and with my rucksack on my back, but I smile at the confused looks of the early morning joggers and cyclists, practically running along it, happy for my sudden freedom to enjoy this new city. I walk all the way to the middle and return to board my bus, exhilarated and windswept. 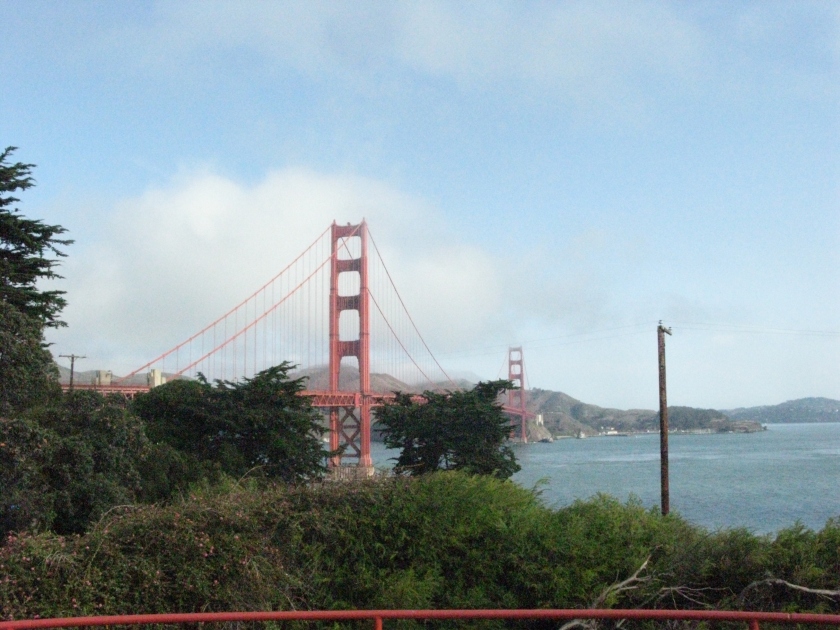 One of the best things about my volunteering experience with Global Giving is the incredible people it’s introduced me to. Driven, passionate people dedicating their lives to make great and inspirational change within their communities. I can tell immediately that Rae is one of these people as she picks me up from the bus stop and we begin to talk.

Meeting up with Rae has been a bit of a lucky coincidence. A month or so ago we were talking on Skype to plan my visit to Peru, and she mentioned she stayed most of the year in California, no longer in Cusco where the charity is based. From there she manages the fundraising elements of the operation, building up support and contacts from those in the US as well as internationally. The charity is a girl’s school in Peru – Chicuchas Wasi – which helps girls from indigenous and disadvantaged backgrounds to an education.

During our conversation, I mentioned I’d soon be travelling to California, and she invited me to stay with her. We spend the day enjoying the beautiful town of Sonoma and its surrounding vineyards, which are strangely reminiscent of France, if more polished and less rustic. We even do a small wine tasting session in one of the local wineries, and later she cooks me dinner from some of the many growing wonders of her garden. But mainly, we talk. 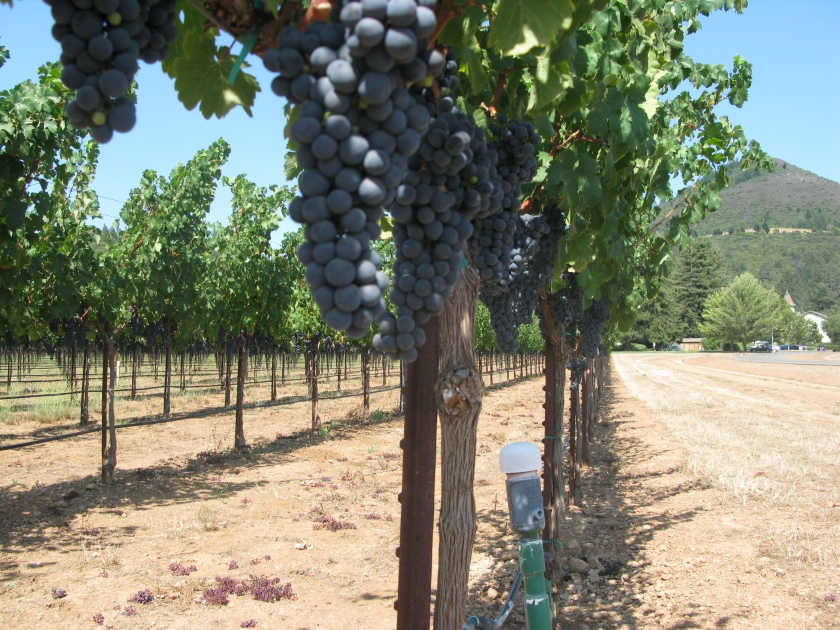 I listen to her many and incredible stories about Peru – how she moved out there with little Spanish and a desire to help, the many difficulties she’s faced there over the years adapting to a different, difficult and often dangerous new culture. About the woman she founded the charity with, about the graduates from the school and their lives, about her adopted daughter. About meditation, about self-discovery, about all number of fascinating subjects. Before I leave, I’m sad to have only spent one and a half days with her. But we do discover that she’ll be in Cusco when I arrive, and we’ll be able to briefly meet up again there.

It’s back to the city after this, and for part two of what I hope will be a more successful couchsurfing experience. I’m staying this time in Oakland, just across the water in East Bay and as I’m slightly early I sit in the park for a while on my suitcase and watch the skateboarders. My second host couldn’t be more different from the first – a lovely guy, a dedicated user of couchsurfing himself and with many friends across the world he’s met through the network. He takes me to visit many of Oakland’s highlights in the evenings, which turns out to be a great city, gives me great advice for what to do in the area and even cooks for me.

I have a whole room in his beautiful three bed apartment he shares with one other, sharing only with one other couchsurfer who’s there for a few nights too. During the days, I take luxurious mornings and enjoy cooking for myself before heading out to explore the area and more of San Francisco itself. Only now do I fully feel like I’m relaxing and recovering from what have been an unsettling few days. And as I’m finally in the right environment to handle such a thing, I succumb immediately to illness.

It hits me in the middle of Golden Gate Park after I’ve been walking for some time, just as I’m thinking about hiring a bike for the day to cycle all the way round to the bridge from this side of the city. Ever since my LA hike in Griffith Park I’ve felt a sort of light-headedness and drowsiness – but I was hoping it wouldn’t surface as anything. But here, as I’m forced to sit down in the grass and put my head between my knees in a yoga Child’s Pose, I have to admit defeat. 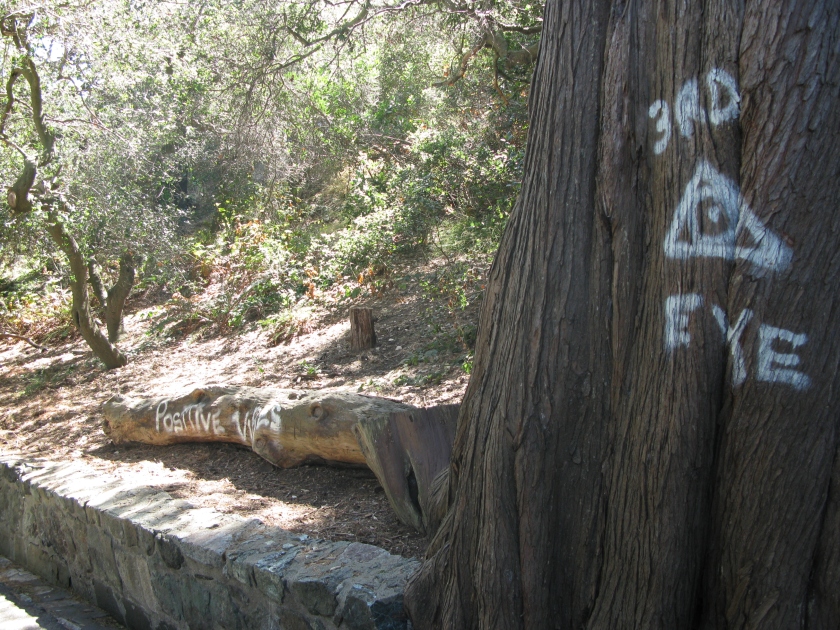 I spend the whole next day watching Netflix in the apartment, after an unsuccessful attempt trying to walk the short way to the river. My host is very sympathetic over the next few days, giving me a lot of different multivitamins to help my recovery, and even some caffeinated gum, my favourite discovery so far this time in America. At first, I conclude I’m suffering from some relic of Haiti, and in one of my more paranoid moments I google the symptoms of Malaria. But as the multi-vitamins begin to help, I decide it’s more likely to be mild anemia.

Suitably stocked up and slightly recovered, I take my leave of Oakland for my final stop in the Bay Area – a hostel in Berkeley where I’ll be staying with another traveling friend I met in Mexico.

My mother’s advice to combat anemia is to go and have a Guinness – so after settling into what turns out to be a very eccentric hostel, I take the opportunity whilst meeting up with an old work colleague who’s just moved to the city. We have Chinese food and talk about work and San Francisco – it’s lovely to see such a familiar face. We end up spending the afternoon and evening together, plotting how I can soon move out there too. Beyond spending a lot of money on a masters, we’re lost for ideas.

This is how I know which places make a lasting impression on me – those where I’m wondering for most of my stay, despite couchsurfers or mystery illnesses – how can I get back here?